IMF warns that any US default on its debt obligations would imperil global economy. - Marjorie Olster

Reading Marjorie Olster's article, U.S. default would shake global economy?, three things caught my attention. The first one is the statement from Jose Vinals, IMF's financial counselor. Olster quoted him saying, " 'So let's hope that we never get there.' " He was referring to the negative impact of possible US default on global economy. In his mind, the global economy is already recovering and that unless the Republicans would listen to President Obama to stop the government shutdown, the end result would be a debt default that could terminate the ongoing recovery and revert the global economy to a far more serious crisis. That's how I understand Vinal's statement.

However, there are writers who don't believe that the global economy has already recovered from 2008 crisis. The owner of Monty Pelerin's World is just one of them.

The second thing that caught my attention is the addition of the word "partial" to describe US government shutdown. During the first few days that I have been reading mainstream articles about US shutdown, I did not encounter such description. In fact, the impact of the news was too strong during its first appearance. I actually suspect, it was intentionally exaggerated to create an atmosphere of fear and anger. But it's now changing. It's more moderate now. What's the reason for the change? Is it not because they were not able to achieve their desired end?

The third thing that caught my attention is about US health care plan. For the Democrats, it was already a "settled law" and so the Republicans are waging an "undemocratic" strategy by connecting it to budget approval. I do not know why the Republicans resorted to such "tactic". Maybe they think that's the only way to protect the American people from financial danger caused by President Obama's health care program.

So those are the three things that caught my attention. Concerning the article's title, though it is in question form, to me, it is a subtle way of implying big things in a smooth way. Instead of asking about the possibility of the negative impact of US default on global economy, I would rather ask, why US in the first place came to such point of default? I think looking for an answer to this question will get us nearer to what's really going on. 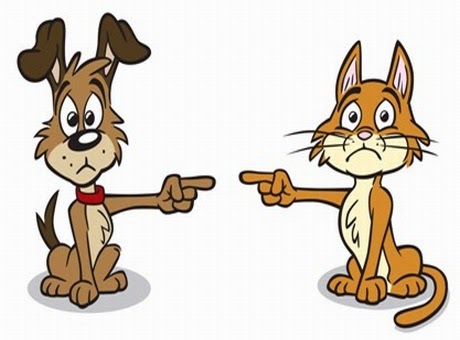 By sticking to the possibility of US default resulting from the Republicans "irrationality" would divert the attention of the public from the real issue. Instead of seeing that the existing situation was brought about by the action of the Federal Reserve, the blame is shifted to the Republicans, to the Tea Party movement, to Ron Paul himself, to Austrio-libertarian way of thinking, and then finally, to Mises, Hayek, and Rothbard.
Posted by RChavez at 7:00 PM No comments:


Yesterday, I listened to Jim Wallis' idea about US shutdown. After watching, I read Gary North's critique of Jim Wallis' video. Both claim to have biblical basis for their messages. No wonder, many are confused. Whose voice do you think tells the truth?

Posted by RChavez at 6:31 PM No comments:

I am not sure about my feeling concerning what's happening right now in the US related to government "shutdown". Others said, "Why care? It's none of your business. It has nothing to do with PH affair. We have our own issues to pay attention to". That's how many people think. 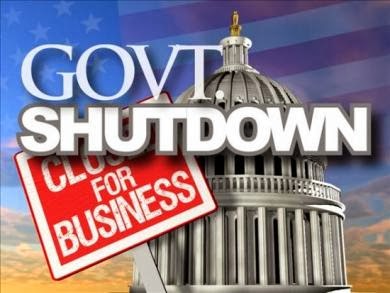 Let us not forget that the USD is still the world reserve currency and remains the biggest in world economy. I guess that if this existing tension in the white house get worse, other countries cannot avoid its ripple effect.

As expected, both political parties have their own explanation about the current issue. The dominant camp said that it was the Tea Party dominated Republicans that caused this crisis. The other party responded that actually it was not a shutdown, but a temporary suspension of selected government services such as museums and parks. Then why exaggerate? What is the intention in painting such a dark description? Is it not to frighten the public and place the blame on the Republicans?

Just today, two additional accusations are thrown to the Republicans - bully and tantrum . Robert Reich wrote that the Republicans have been bullying the US president since 2011. I thought those who are capable to bully others are "bigger" and "stronger". Is it really convincing that a weaker party could bully a dominant party?

Regarding the second accusation, Robert Parry  claimed that the current crisis was the result of the tantrum of white and Tea Party dominated Republicans. And he added a racist color to the debate. The other camp retorted, "No! It was Obama's tantrum!"

As far as my personal opinion is concerned, the outcome of this current debate aiming to shape public opinion will have a great political and economic repercussion not only in the U.S. but in many countries including the PH in the coming days. I wish, I'm wrong.


The Intellectuals Are Divided:


Noam Chomsky
Posted by RChavez at 12:34 AM No comments: