COVID-19 and the Idea of Omnipotent State

While I was contemplating on the development of the trend that surrounds COVID-19 and economic shutdown, I came up with a following reflection:
"Just an observation: I find the anatomy of the unfolding of the events since the start of covid-19 especially in relation to the character of the State both alarming and interesting. During the first two months, March and April, the posture is one of being an all-powerful and an all-knowing entity. Then around 19th of May, disappointment regarding covid-19 response became widespread and it was followed by a recognition of limitation on the part of the govt. That is somehow good and healthy to a sane society. By the end of May, there was a divergence between what is happening in the US and here in the PH. In the US, the narrative shifted from lockdown to racism, riots, and looting. Here in the PH, the rhetoric reminds us of post 911 terrorist attack. It seems to me, that due to widespread disappointment, the political and the bureaucratic class are now being exposed for all their pretensions to power and somehow their status are either being questioned or threatened. Thereby, advocates of big government have to think of some drastic measures to safeguard their interest, and of course doing all of them in the name of public safety, law, and order. God forbid that instead of freedom advancing, we will see in the days ahead, a continued and sustained attack on our freedom of expression and movement." 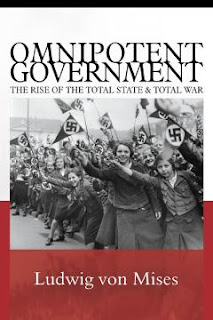 After posting my reflection on Facebook, my friend made a comment:
"Magandang tingnan yung development ng estado sa OT in the case of ancient Israel. My initial observation is that: the concept of the state was somehow a late comer, instead a religious consciousness came first, and then the concept of the rule of law. It's only later that the institution of monarchy was established, and even then something that was problematized by the prophet Samuel. This observation indicates that the state in ancient Israel was never regarded as absolute and unlimited in its claims. That the Torah was given first serves to delimit and claims of the state, its legitimacy within divine ordering was framed within the provisions allowed by the covenant articulated by the Torah."
And then I replied:
"No problem with the concept of the State in the Old Testament. As far as I know, the prevailing worldview from the dawn of human history, which includes the concept of the State is basically religious. And so the idea of the power of the Torah to delimit the power of the State in ancient Israel is consistent with such worldview. Quoting Hugo Winckler, such worldview according to Bavinck remained until the advent of 18th century, where the supranatural foundation (including the religious) of such worldview has been challenged and replaced in favor of the empirico-scientific. I suspect that in the passing of time, with the new worldview, the concept of the State has also undergone a radical change."
And then I shared with him my recent reading on welfare state
"Just recently, I was reading a 40-page journal article on the Origins of the Welfare State in America. It was interesting how Murray N. Rothbard connected an ideology that includes postmillennial pietism, Statism, and corporate socialism to economic interests advanced by big businessmen seeking favor from the government to achieve cartelization and a growing legion of educated intellectuals and technocrats who want to restrict entry into their field via forms of licensing. Such ideology took control virtually all Protestant churches from 1830 onwards. The combination of these two forces according to Rothbard, paved the way for the existence of the welfare state. Both wealth and public opinion-molding power are at their disposal."
"What follows afterwards is interesting. Protestant postmillennial pietism was secularized until the late 19th century. The goal was to use the power of the government 'to stamp out sin and to create a perfect society, in order to usher in the Kingdom of God on Earth.' From such goal, a concept of government evolved from a 'paternalistic mender of social problems' to a 'more and more divinized' and 'more and more seen as the leader and molder of the' society."
"Rothbard identified a long list of names including the revivalist Charles Finney, activist women from a middle to upper class background, John Dewey, and others that contributed to the evolution of the Progressive Party launched by the Morgans in 1912. This Party spearheads the statist coalition that includes academic progressives, Morgan businessmen, social-gospel Protestant ministers, and activist women who became influential social workers who prepared the way for the success of FDR’s New Deal from 1933 to 1939. On side note, it is also interesting that Ludwig von Mises already had this concept of omnipotent State during his time. In fact, he even wrote a book in 1944 with that title describing the German State during the time of the Nazis."
And the another friend raised a a follow-up question:
"May I know how we should perceive the empirico-scientific (what exactly characterises it) and how it challenged and replaced the power of the Torah to delimit the power of the state of ancient Israel?"
And here is my reply:
"That's actually the language of Herman Bavinck in his book The Philosophy of Revelation. Relying on Winckler, he was arguing that in the entire history of humanity, there are only two general worldviews, which he describes as "supranatural" and "empirico-scientific." The latter, from the combination of two terms themselves, you can see obviously that basically, it is naturalistic. It considers any claim beyond the realm of nature as primitive and unscientific. The concept of the Torah within that framework can be explained in naturalistic terms. To insist that the Torah is a product of divine revelation and therefore has the power to serve as a corrective to the excessive exercise in political power doesn't make sense. Such power of the Torah is only acknowledged within the supranatural worldview. But of course, this kind of thinking is no longer new. In the postmodern age, we are now witnessing the crashing of the foundation of the empirico-scientific worldview and a return to the supranatural where revelation is again recognized. But you know, even in information age, ideas need considerable time before they reach public consciousness. Still, existing institutions and policies work on the basis of the modern project."
Posted by RChavez at 2:35 AM No comments:

Interpreting the Pandemic Outside the Marxist Lens

After sharing in my Facebook account about the dismissal of the case against Rev. Rodney Howard Browne for unlawful assembly, a friend shared an article from World Socialist Website written by Andre Damon. Reading it, you will see the power of an ideology in shaping a popular narrative such as COVID-19 and economic shutdown.

What I am going to do is to select paragraphs and sentences that I think need a critical evaluation:

"The murderous pseudoscience of 'herd immunity' ”


That’s what you got when you question the official narrative, “murderous”. With such a sensational title, it’s really difficult to argue when emotion dominates.

“Two developments this week have exposed this pseudo-scientific theory as false and dangerous.”


Then convince these experts . . .

Both camps are claiming that science is on their side. Whose claim is correct?

“If similar figures hold in the United States, with its 330 million people, a hypothetical ‘herd immunity’ would require the sacrifice of nearly two million people.”


If this is really true, why not throw the same argument against the early forecast based on Dr. Fauci’s science. The last time I checked it was Dr. Fauci and his group that predicted such big number of casualty, which has been invalidated after more or less two months of incoming data from the field.

“These critics point to the fact that the country has suffered a substantially more deadly outbreak than its neighbors, with 361 deaths per million people compared to Denmark (93 per million), Norway (43), Finland (53) and Iceland (29).”


Both camps argue that life is valuable. It is strawman to say that the advocates of herd immunity value life less than those who support Dr. Fauci’s science. The goal is the same, but the means to achieve such is different. One camp advocates lockdown that complicates the health crisis into socio-psycho-economic one. The other camp advocates personal responsibility affirming that no one knows best the situation of an individual than that person himself. Besides, 361 deaths per million is less than 0.1%. Will you now sacrifice the whole of society for that 0.1%? Will the “true science” of Dr. Fauci now tramples the other sciences?

“Sweden’s wildly irresponsible policies have given ammunition to the far right internationally, which has used it as an example for arguing for a premature reopening of businesses and schools.”


Notice the language, “irresponsible policies” and “premature reopening”. As I know, Sweden believes in responsible action, but the country would rather put it in the hands of individuals rather than in the hands of policy makers. Isn’t the re-opening over-extended? Are not two months more than enough? And besides, with the lockdown response to COVID-19, we see widespread graft and corruption and abuses of those in power. Are these the kind of results we expect from “responsible policies”?

“In accordance with the ‘brutal economics’ of capitalism, the lives lost to the COVID-19 pandemic are simply the cost of doing business. While trillions of dollars have been spent propping up financial markets, no serious efforts have been made to contain the pandemic. . .”


So now the true color of the writer appears. His hatred of what he perceived as the current economic system of the world where he called as “capitalism” shaped the way he interprets this current pandemic. The last time I checked no capitalist has the power to inject into the economy such huge trillions of dollars. It was part of the response of government to COVID-19.

“The efforts by the ruling class to counterpose workers’ lives to their livelihoods is an entirely false choice. Both can be defended with the necessary allocation of social resources to stop and eradicate COVID-19 and all other communicable diseases.”


Finally, he got it right! As I know, it is not the anti-lockdown who counterpose workers’ lives to their livelihoods. From the very early stage of this pandemic, the contra lockdown has been arguing that to see the issue as trade-off between life and livelihood is false. It was the pro-lockdown who wrote such false antinomy.

“But containing the pandemic requires an investment in social infrastructure that the capitalist class is not willing to make. The COVID-19 pandemic has made clear the utter incompatibility of the capitalist system with the preservation of the most basic social right: the right to life.”


Another strawman. It amazes me how an ideology distorts the way a person interprets current events. How could he write that the capitalists are unwilling to invest in infrastructure to save lives in the midst of economic shutdown? Can capitalists invest in a time when people are held hostage and business activity is restricted? And please, don’t use that argument “right to life” against the capitalists for history tells us that socialism kills more than any other ideology. And besides, population is now more than ten times bigger than it was in the ages preceding capitalism. The mere fact that you are living today is proof that capitalism has succeeded. I think the writer does not understand that the basic features of capitalism are mass production, mass consumption, consumer sovereignty, freedom, economic democracy, and social mobility, the very things that are now prohibited in a lockdown economy.

One last suggestion for the writer. Why not try to reread current issues outside the lens of Marxism?

Posted by RChavez at 7:55 PM No comments: